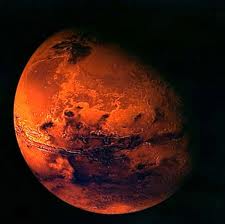 I just realized it's been nearly a month since I last posted. Time just fritters away sometimes. I've been spending a lot of time on FB since I got a new phone at Christmas. Live Journal is unwieldy for mobile posting but FB seems to be made for it. Live Journal is a different animal really that doesn't need mobile use too much other than checking in and reading your feed. My phone's one of those smart ones that came with an annoying but doable learning curve. Didn't see a need at first, but it's been pretty convenient as a work tool and as another way to keep up with the Z-girl. Expensive though, but with Zoe paying her share my actual phone bill only went up ten bucks. But how long is the kid going to keep paying her bill? That is the question. We'll see. Anyway, I like a lot of the features of my phone particularly Face Time which is basically a mobile version of Skype - the sous and I can communicate visually when we're at two separate remote catering locations. It's already saved us a lot of hassles. Z-girl went to a meeting in Grand Rapids and promptly got lost, even with Google Maps, so she Face Timed me. I had her scan the area, I noticed a land mark and was able to guide her back to familiar territory. She also sent me a live feed of a dance routine she was watching at a conference she went to in Detroit. Kind of nifty.

I read this afternoon that some commercial space aviation company is planning a manned Mars flyby and is looking for volunteers of middle age to go. They prefer married couples, which opens all sorts of comedic possibilities right there. If I was in better shape and ten years younger I'd love to give this a shot. Even if it meant spending 18 months in a capsule the size of my Honda Civic. Now, if I were still married I know it wouldn't work because although I cared for my wife very much, we just weren't the sort of couple who would even think of being in close proximity for a large length of time. We did most everything together, but we always knew we had to have "me" time in there just as a safety valve. Hell, we'd get into knock-down, drag-out fights during simple three hour drives. I'm pretty sure that on an 18 month space flight, one or both of us would be going out the hatch sans helmet.

All that aside, I find the prospect of this sort of flight, exciting. I'm a space geek from way back. I stayed up til the wee hours last summer watching the live feed of JPL landing the rover on Mars. Thinking about how they did that still boggles my mind. The only thing is that would worry me is this particular operation is being run by some private concern and I'd feel a whole lot better if the engineering wizards at JPL had their hands on the controls, as it were. The risk of death is probably pretty high, but it really sounds like the only Grand Adventure left right now. Everest has been climbed, the Moon walked upon, the bottom of the sea mapped. A dash around Mars has just enough good old fashioned whiz-bang about it to maybe help ignite the world's passion for exploring space in person once again.
Back here on earth, I have a new student assistant who's helping me with special projects. He's a Communications major who's specialty is marketing and video/film editing which has been an enormous time saver for me as far as getting any sort of video work done. He's also a movie fan which makes it easy to talk to him using techy jargon when we talk about video production. The kid works very fast and has a wide streak of OCD so not only is he getting assignments done quicker than I can spit them out, but even his drafts are near perfect. He has a good eye, but is still working on fundamentals. His dream is to become a cinematographer. I've given him a movie list to watch - he hadn't heard of any of the films I suggested...kids. He also thrives on deadlines. He called me today and asked if I would send him a deadline schedule made out through April. Well, all right then, wonderful. I'd love to keep him here after graduation, but he has his heart set on finding fame and fortune out in LA. I think he'll do okay. Told him to put me on the guest list if he gets an Oscar nomination someday.

A few weeks ago he talked to me about doing a Harlem Shake video with me and some of the staff. I had no idea what this was so he showed it to me and it looked like fun. Evidently its one of those here today and gone tomorrow internet fads. I've always liked to rock out and dance but the Harlem Shake isn't music that typically inspires me to get my groove on. I did my best, though. My sous was all excited to do the video, but he got cut out of the frame. He bitched at me about it for a whole day until I had to tell him that I was the fucking chef and it's all about me until his plans for my demise come to fruition. Which won't happen any time soon because I'm old, but I'm wily.