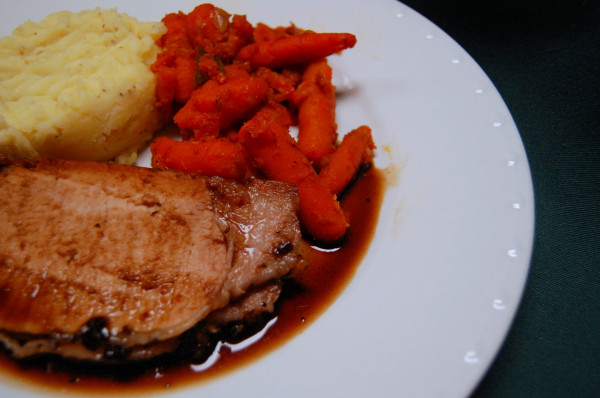 
Been going to a lot of local chef association meetings lately, trying to do a bit more networking. Towards what end I really don't know, but the meeting agendas have been pretty interesting. Last month we visited a local brew pub that is making organic beer, whatever THAT means. This month we visited a coffee roaster and distributor which featured a dinner with coffee/food pairings throughout the meal. I've backed way off on my coffee consumption this past year, but I went ahead with the plan at this meal and wound up getting a pretty wound up on caffeine. Topped the night off by drinking some coffee made from beans that had passed through the digestive tract of a mongoose. It was very mild and light with no harshness at all. The stuff sells for 200 bucks a pound, which was totally worth it only if it would have sent you on an 8 hour mind trip complete with animal Spirit Guides. Otherwise, its kind of a hype in liquid form. Josh, the Sous loved it though.

"This coffee is delicious!"

"It's fruity with a really interesting finish to it. Can't put my finger on that taste at the end."

The whole coffee roasting gig is pretty underwhelming to me. The process is stupidly simple and all it takes is a lot of money for equipment and an ability to watch the clock and set a thermostat. And in this case, the owner controlled all of his roasting processes via software on his iPad, so really, you could be a gibbering idiot and still roast some good coffee. I'll give this guy his due though, he knew the principles behind it all. That said, I was ready to leave after about ten minutes of him droning about First Crack and Second Crack in relation to coffee roasting. However, there was a female chef there I knew from her days as a food broker. Sat next to her at dinner and we chit chatted about her new job and other stuff I immediately forgot because I was too busy trying to think of things to say that wouldn't come out completely moronic. She's totally too young and out of my league, but it was good practice and she was fun dinner company. Kinda hope she comes to the next meeting. I have a mind to push this cart a little further to see where it goes. Just for the hell of it. Of course, if she mentions that I remind her of her dad, I'm out.

The chef meetings are good respite from recent family tragedies and drama not least of which is the surprising, but not unexpected death of my nephew. He had been struggling with heroin and Oxycontin addiction for about two years and was showing signs of climbing out of that pit. He had been in a halfway house located on the other side of the state and was making weekend trips back home with a goal of moving back there permanently. It was on one of these visits that he died. He'd taken a bath after he helped my sister in law shovel snow off the drive. Evidently, he had popped a few oxys he smuggled in from a friend. Passed out, sunk below the water and drowned. Mom found him, dragged him out and performed CPR while waiting for the EMTs. This wasn't the first time they'd had to revive him at home, only this time it was way too late. So there was the whole sad ritual of youthful death. A funeral home, open casket visitation, full-on Catholic funeral mass with luncheon provided by the parish and then the long black parade out to the cemetery. Teenaged mourners pie eyed with the shock of mortality as they passed by the open casket. Way too many bad memories of her mother's death for Z-girl, who had a hard time of it, but I coaxed her through until she balked at going to the cemetery. She couldn't bare seeing him buried. The permanence of that act too overwhelming. I felt/feel just terrible for my SIL and BIL who really had no tools or reference points with which to deal with an addicted son. His death has left them completely unhinged and obliterated. His three surviving brothers are whipsawing between anger and grief which is only natural.

I'm sort of the odd man out in that side of the family since my wife died, so I don't feel comfortable stepping in like I am a real part of it all. This, even though I was with Eileen for 26 years and knew all of her brothers and her sister for all of that time. Always felt outside and still do, but not so much with Eileen's sis and her hubby who were closer to me than the rest. I'll wait a while before I touch base - they wouldn't remember a call now even it was Obama giving condolences. That said, I remember that no one on that side of the family but her sister called me a few weeks after Eileen died to check up on Z-girl and myself so I owe her that at least. The rest can go hang.

Then Z-girl slammed head first into an academic brick wall known as "Discrete Mathematics". She was told by her advisor in an e-mail that she was failing the class and needed to contact her professor to see about possible solutions, one of which was to withdraw from the class. Z-girl hasn't failed at anything so this was a total shock to her. Luckily, we have a great communicative relationship and she met me for lunch to tell me about it. Complete melt down with incoherent sobbing, jabbering about how she's not smart enough and that everyone's so competitive and she is totally lost. I did my job and picked her up, brushed her off, gave her lots of hugs and calming words of encouragement. She's a planning sort of girl, so I knew that having some sort of plan A, B and C would calm the storm so I made up an action plan on the spot that had no relation to what might really need to be done just to get her up off the floor and thinking rationally again. It worked and she went off to send e-mails to her prof to see what could be done. So we shall see.

Next day, she calls me and says she got her Psych mid term back and that she's carrying a D right now, but it was okay because she went to her prof who showed her a bevy of extra credit quizzes she could take online for credit which would shoot her grade back up to B- land. She told me she's planning on spending her weekend going through them She learned from the Math disaster and took care of the problem on her own without me. I'm so happy. 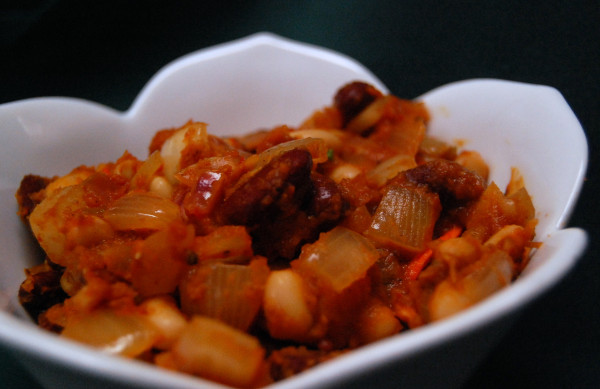