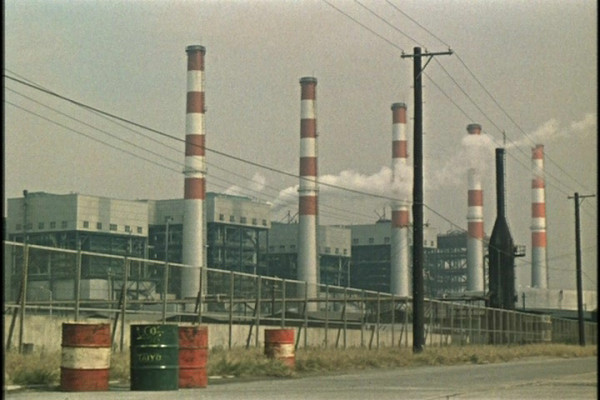 I've said before that I tend to get obsessed about one thing or another. Once I find an interest I'll delve into it as completely as possible until I get bored and then I'll move on. This past Winter I went through as many movies adapted from John Le Carre books as possible, I watched about 40 episodes of "30 Rock", read all of the current volumes of "The Song of Ice and Fire" saga by George R.R. Martin and am ongoing in my experiments in Molecular Gastronomy and night time street photography. I've learned quite a bit from all of these minor infatuations, but I think I've only really enjoyed, on a gut aesthetic level, my meanderings through the film world of Yasujiro Ozu. Not only because of my personal connections to Japanese culture, but because these films were as comforting as a soft blanket and a warm fire during the long days of winter where I'd leave for work in the dark and return to my Empty Nest, in the dark.

One of the great contributions Ozu made to the mechanics of film making was the idea and practice of the "pillow shot". These are static shots, usually devoid of people, that are beautifully framed and placed in the film at key points. During a typical Ozu film pillow shots are placed a points of friction or crisis in the narrative. They can also serve as scene transitions. Ozu's favorite pillow shots include deep focus shots of the ocean or mountains with a traditional Japanese lantern in the foreground; this shot usually symbolizes a character's struggle with traditional values clashing with modern change. There is also the interior pillow shot of tranquil domesticity shot low and again, in deep focus, with a perfectly arranged bud vase and flower in the foreground gently wafting in a random breeze. There is an oft referenced scene that is repeated in several films but most effectively in "Tokyo Story" (Ozu's most representative and famous film) that shows an interior of complete, Zen-like arrangement pierced by a steaming tea kettle just on the edge of the frame. Both pillow shots, the bud vase flower and the steaming kettle, allow the viewer time to absorb, process and intensify the heavy underlying domestic tension of the scene that came before. These pillow shots also set up an emotional framework for what may come after. They are poetic pauses that allow time for contemplation during the film. A very Japanese sort of device that has proven itself over time to be accepted universally by the film audience. We see examples of pillow shot variations in any number of modern films i.e. Robert De Nero calling Cybil Shepard for a date from a pay phone as the camera shows a quick static shot (again deep focus) of a dingy hallway or Christoph Waltz going through the silent pantomime of preparing beers for himself and Jamie Foxx in "Django Unchained". Quiet, still scenes that freight large loads of emotional tension from one scene to the next.

All of this emotional and symbolic manipulation aside, the Ozu pillow shots stand alone as a sort of beautifully wrought moving postcard from post-war Japan which lovingly depicts the pastoral and industrial landscape. Initially, I enjoyed these shots as a small wonderful window into a time when I was a small child living in Japan. Then I came to appreciate Ozu's mastery of the form once I learned that the pillow shot had a purpose other than as a placecard for scenic change. So not only am I delighted with the story-telling in Ozu's films; I can now gain several different sorts of pleasure from his skill with the strictly visual realm.

Here's a somewhat long, yet very well done montage of a selected pillow shots from Ozu's films shot in color:

Now that I've managed to completely drown my thirst for all things Ozu, I think I can set him aside and go on to my next filmic interest, Aki Kaurismaki the Finnish director who created a delightful film I watched recently called "Ariel" which is a symphony of dead pan, dry humor blended with tragic violence. I watch "Ariel" and as a movie buff I can immediately see where Quentin Tarantino got his visual style from for "Resevoir Dogs" and "Pulp Fiction". As they say, there is nothing new under the sun. Everyone influences everyone else. 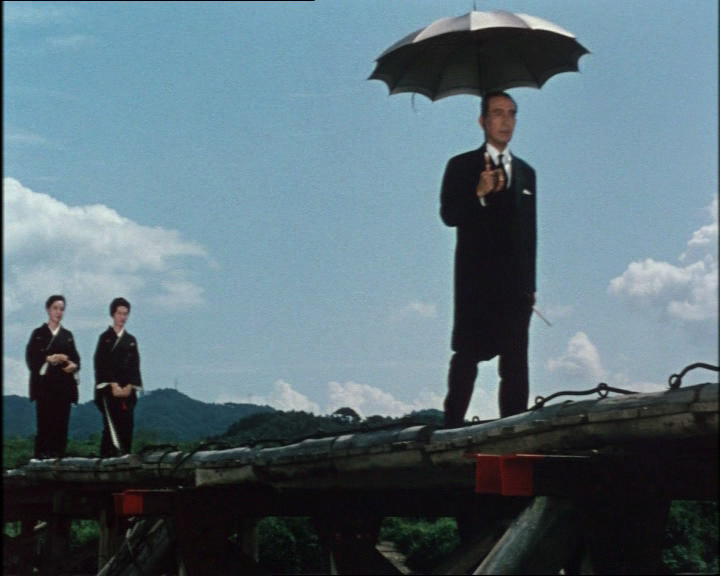 Sidebar: I watched "A Somewhat Gentle Man" again last night and plan on writing more about it later, but I recommend this one highly. So funny and well done. It stars Stellan Skarsgard, an actor you will all recognize even if the name doesn't ring a bell. He is a journeyman actor whom I think deserves the same amount of Oscar attention as the aforementioned Christoph Walz has been receiving these past couple of years. 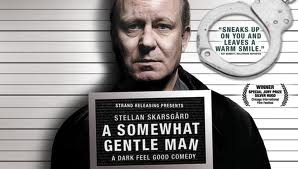