I'm a big fan of Ryer's and it's not for the obvious reasons - he's an artist that works in as many mediums as he can get his hands on, a quality I've always been attracted to in artists I like. Also, despite his love for and obsession with trains, he is willing and interested in exploring most any subject to bash his art against. I've collected art for a long time and besides being attracted to multi-medium artists, I like collecting pieces that represent an artist working outside of their box i.e. a printer creating oil paintings or a potter creating tapestries - that sort of thing. I've known Ryer for many years now and he's always had a talent, but in recent years that talent has started to grow into that undefinable something that helps him create wonderful work in whatever medium he turns his hand to. As I said, I've collected art for decades, and I've always followed the cardinal rule of art collection which is don't buy for an investment, buy what you like. and I have a favorite print of Darth Vader grilling burgers with a light saber to prove it. I also like Ryer's work and that little monsters are calling to me so take my money, boy! Here! Take it!

Guy was a pretentious, arrogant prick who captured the proto-punk zeitgeist of the 60's and 70's and rode that wave to the bitter end. Every pierced-up, no talent, two chord thrasher pissing on authority, writing shitty poetry and playing gigs in urine soaked basement clubs owe this guy a blood debt. My favorite record from him was "Metal Machine Music" - a double disc "fuck you" to his fans,his label and anyone else who didn't get it. Perfect.

Puttering around the house, writing, laundry, writing, dishes, writing, and putting off turning in my bottle/can deposits at the store...

Iron Butterfly providing the soundtrack to this Sunday groove. "Metamorphosis" is a little known, highly under rated album that followed the group's monster hit "In-a-Gadda-Da-Vida" by a few years. This record is a very tasty mix of vocal and guitars all wrapped up in a psychedelic blues burrito of rock. "Easy Rider" is probably my favorite tune if only because I think it should have been a bigger biker anthem than "Born to Be Wild" - it has everything- chugging rhythm section, amazing guitar licks, growling gumbo vocals and outstanding in your face lyrics. IMO - a great little gem of a record that sounds even better cranked up to 10.

Way to sneak back into it Bosox.

Fall light slanting in through my windows with that special golden glow suffusing my darkened office and this hovering in the air.....

A picture of Hellen Keller with her beloved cat, "Mittens".


I am going to Hell.

Yeah - don't feel so superior - I know you laughed too. So here, share a seat with me on the bullet train to The Lake of Fire...

Yeah I'd really like another beer but my ancient cat, Siam has found a comfy place to nap and I don't have the heart to disturb him. A small price to pay.

A lot of the point of Japanese food is subtlety. Today we are serving udon noodles with winter vegetables and beef at Hope Dining - it's hard to keep things subtle when you prepare 400 servings of miso broth and udon, but we're Americans and sublety isn't usually our strong suit.
Here's a clip from my all time favorite food movie, Tampopo. In this scene we see the Japanese version of the Heimlich maneuver. Let this stand as a warning to the dangers of over eating noodle soup.

Check out my sweet new wine glasses I got at work today.

This is true. I've walked by Secret Service like this, carrying a 200 pan and shouting "Behind!" for extra effect.

You can have your marathons, mudders and fun runs...running with the bulls takes REAL fortitude and bravery...:D

My Halloween season film fest continues with "Cold Fish"
Crazy creepy gory fun. If cold blooded murder, dismemberment and violent insanity is your thing then this one's for you. Bring mops and sponges for the clean up.
I give it 4 bad dreams out of 5.
Waiting for you now in the stream at Netflix.

What a delightful interview. A pair of brothers who brought a huge load of love and light into the world. If only their were more, just like them.

So flipping through the channels I get stuck for five minutes on a 60 minutes expose of "leadership PACS" used by members of congress to feather their nests and create generational wealth. Rage welled up from nowhere so I quickly dashed off a rant e-mail to my rep, Bill Huisenga and switched the TV to Netflix. I shall watch American Horror Story (how apropos) and drink beer while waiting for the Secret Service to knock on my door...

This amazing piece of Epic brought to you by my friend Janis of Tanuki.

My co-worker and office mate Mimi Lixey left work at 5 today(early for foodservice folks) being chauffeured by our boss, BobV to the hospital in Grand Rapids so she could have her baby. About two hours later Baby Boy Lixey arrived! Congratulations to the Lixeys on the new addition!
BTW - Mimi, are you coming in early tomorrow to finish up the staffing schedules or are you taking the morning off? Just checking...

We really need those schedules ASAP.

And you have a couple interviews to do tomorrow, also.

Yes is finally being inducted into the Rock n Roll hall of fame. As a life long fan I'm so pleased. In their prime they were a mesmerizing live experience. I hope they have enough room on the stage at the ceremony for everyone that's been in the band over the years. And I hope we see the return of the amazing Jon Anderson to the fold.

So I'm custodian of Zoe's goldfish while she's away at school. His name is "Gordo", which is Spanish slang for "fat". Which he is - in his own charming goldfish way. Anyway, I've never cleaned his tank solo before and tonight was the first time. I housed him in a 2 cup Pyrex measuring cup while I rinsed and scrubbed his tank squeaky clean. I really got into it, letting my OCD take control of the situation. When everything was perfect and sterilized, I turned to the measuring cup to retrieve Gordo only he..wasn't..there. Oh. My. God. Where is he! He's a frickin' goldfish! What? Did he up and decide to take a stroll? A frantic few seconds and I find him wallowing around in the kitchen sink about to flipflop himself into the drain screen. I grab him and toss him unceremoniously into his tank with a quick look around to make sure no one saw this shameful episode. Good. No one around. Whew!

Great points and good overview of the unintended consequences of streaming music. Myself, I've always felt an obligation to throw money at artists I like and even extra dough to the ones I fan. I suss out new music by keeping my ear to the ground, so to speak and Pandora/Spotify is part of that process - for me they are tools to finding the New Music not sole sources of music entertainment. I'm old school in the respect that I like owning the recording medium in a physical sense - I grew up with the LP as part of the whole experience. I learned to live with CDs, but I prefer owning the vinyl. Right now I'm busy replacing my Peter Gabriel era Genesis vinyl and some Be-Bop/Fusion Jazz favorite discs. Small price to pay for the near-lifetime of listening pleasure these artists have given me.

Ryer's cool train that he built with his train buddies... I just keep thinking of "Bridge Over the River Kwai".

ames Dean's last film "Giant" was released on this day over half a century ago. It's not a great movie, but I like it anyway because of Dean. He makes everyone else look like high school drama students tripping over lines and stiff as two by fours. Love the little "see ya" wave he improvises at the end of the scene here.

Incredible. Most say, "Ohmygod, the piano!" but for chefs it's "Ohmygod the knives!"

Oddsmakers pick three of my favorites to win the Literature Nobel this year. Haruki Murakami, Alice Munro and Joyce Carol Oates. I enjoy reading everything they write and you would too.

...and now he's playing the Big Room at Caesar's.

John C, Calhoun looks like Willem Dafoe. Oh, and an article about one party about to go supernova, taking us and possibly good portions of the rest of the world with it. 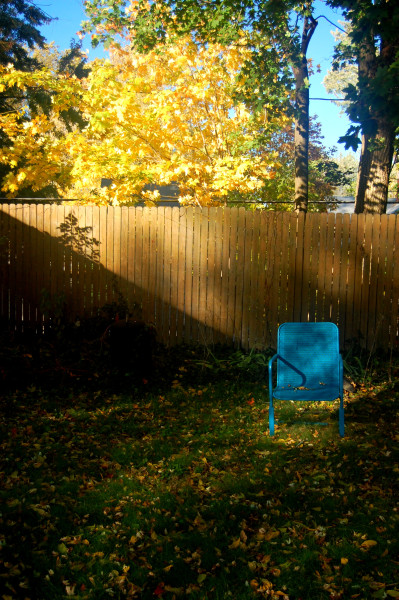