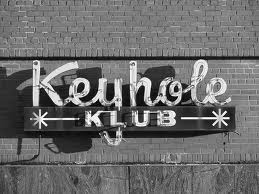 Steve, the Newschannel 7 sound guy, retrieved his sonic memory the instant he saw the lemon yellow Hummer careen around the corner and come barreling towards their van.  He’d driven a Hummer every day during his 18 month deployment in Fallujah, and the vision of this giant roaring bumblebee of metal hurtling towards him froze him solid to his seat.  He stared, memories flooding back like lava coating his brain.  The heat. The dust. IEDs and constant fear. nbsp; The roar of Davey’s Hummer blotted out the screaming of Steve’s crew as they jumped out of the van leaving him gripping the wheel tight and poleaxed with terror.

The red headed EMT sat rigid with disbelief in the driver’s seat of the ambulance unable to even have time to warn her partner as he busied himself prepping their patient for travel.  She watched as the Hummer hit its brakes ten feet from the front of the news van that was double parked beside them.  She got a good, high definition look at the van’s driver sitting statue-like in shock as the Hummer smashed into the vehicle with a sound like a glass filled bomb going off.  The cheerfully colored Hummer came to rest in the spot that had been occupied an instant before by the equally garish news van.  The EMT heard her partner yelling from the rear.  She unbuckled and leapt back between the seats.

Junior shook his head to wake himself up, but it didn’t work.  This was real. This was happening.  He didn’t know where to go first so he just stood on the sidewalk while Casey and a few of the other security guys jumped to the back of the ambulance .  Junior saw that the news van had gotten wedged between the back of the ambulance, the cop car, and the curb but there was enough room to open one of the back doors.  The second they got the door open an angry, black face popped out of the opening.

“What… the… fuck… was… that?” the paramedic snarled.

Junior shook his head some more and shouted across the forming chaos.

“Someone ran into you! You ain’t goin’ anywhere. Is everyone alright?”

The guy turned away and talked to his partner inside, then back to Junior.

“Everybody’s fine, but the baby’s crownin’ and we gonna be busy. You better call another bus!”

Junior got out his cell phone but he saw that both of the cops were on their radios and a bunch of other people were on phones.  He slowly put his phone away and started towards Davey’s Hummer, in the background he could hear Derek St. John almost screaming with excitement into his microphone.  Well, he got the big story after all, Junior thought as he rounded the ambulance.

The Hummer was mostly intact except for the crumpled nose and Junior could see that the air bags had all deployed making it hard to see if anyone was moving inside. Any concern about Davey and anyone else in the huge vehicle was set to rest when the driver’s side door popped open followed by both rear doors. Davey staggered out onto the street along with a gaggle of women Junior recognized as a couple of the day shift dancers and Davey’s current girlfriend.  Junior saw pole dancers Shauna and Fawn dressed in party dresses that reminded him of ballet tutus. Davey’s girlfriend, Stormee, was in a leopard catsuit and carrying a bottle of Asti Spumante.  Davey stood surveying the damage for a second then dove back into the Hummer.  As Junior ran around to the driver’s side Davey came out with the Hummer’s stupidly huge fire extinguisher in one hand and what looked like a gun in the other.  Junior stopped short and held his hands up in front of him as he began back peddling.  Davey waved the pistol at him and Junior saw, with one look, that Davey was drunk.

“Junior!  Holy shit! Izz a dis-disaster!  Stan’ back! There might be fire!”

Instead, Davey dropped the extinguisher with a clank and started waving the gun around wildly.

Davey raised his pistol straight above his head just as Officer Billy came around the news van.  The cop immediately got down in a crouch and went for his service revolver hollering for his partner.

Junior saw what Davey had and tried waving the cop off.  As Billy got his revolver loose Davey pulled the trigger and there was a blinding flash followed by a heavy Thunk! sound.  A flare leapt up into the sky from Davey’s gun lighting up the entire street in a sickening red glow. Officer Billy was joined by his partner and both cops were screaming at Davey.

Davey squinted in their direction and his face lit up.  He dropped the gun and spread his arms wide.

Then he promptly fell face first in the street landing on the asphalt with a sound like stepping on a bag of potato chips.

Officer Randy crept up to the now inert Davey while his partner covered him from Junior who was standing there with both of his arms reaching the sky as hard as they could. Randy poked at Davey then holstered his gun.

He gave Junior a withering glance.

“Put your hands down Junior you look like an idiot.”

Junior stood between the crumpled news van and the side of the first ambulance trying to take it all in and at the same time, willing it to all go away.  Who knows what was going to happen now?  They had screwed the pooch, the cat and the rest of the friggin’ barn yard. They were well and truly fucked.  He looked up at the flare guttering and sputtering in the sky and was beginning to wonder just how long that damned thing was going to keep going when he heard a thin but lusty cry come from the back of the ambulance.  Casey’s head stuck out from the rear of the vehicle searching for, then spotting Junior. nbsp;

Junior rubbed his face, feeling a headache coming on.